I am not sure if i have understood Eugene Nida's Dynamic Equivalance correctly. In the diagrams:

instead of comparing M1 with M2, his theory compares M1-R1 with M2-R2, or simply R1 with R2. One of the guidelines in D-E is using the target language "just the way we would say it".

His theory, however, suffers a major problem that the scope of readers can never be confined. Each translator would have a particular group of people he or she wants to reach. It can only work in Nida's Bible translation, as the only aim of such translation is to spread the gospel. On top of this, we also do not have objective rules to compare R1 and R2.

On the other hand, extreme D-E-typed translation doesn't work either, as proved by Nida's failing attempt in translating the Bible into a New York style one.

Are these two ideas connected in some way? As Prof Wong pointed out, even if we are able to do the deconstruction in a so-called scientific way, we cannot reconstruct the kenels back to surface without referring back to the source text. This means the effort we pay during the "process" is wasted.

But are there any other possibilities? If we put the "commentary / criticism" thing aside for a moment (i.e. we are not concerned how accurate the translation is; after all, we don't have any benchmarks or standards), can we reconstruct the kernels in the way we want to? Since we are quite sure we fully understand the source text (as we have already deconstructed the source text into kernels), we should be able to reconstruct them -- the result text may be nowhere similar to the original (that's why i put the commentary aside), but R2 could still remain the same as R1. (Though this process is no longer scientific.) And this looks pretty close to what the Dynamic Equivalence is after.

I popped into a Christian bookstore on Saturday and re-discovered The Message, yet another version of the Bible in English. I heard of this version before but i didn't pick it up since it is really a "sense-for-sense" translation, totally different from what we traditionally read.

The Message is a work of just one person, Eugene Peterson. I don't have on hand the exact wordings he put in the introduction, but here are some extractions from the publisher's web site:

-- [Peterson:] "While I was teaching a class... I began to realize that the adults in my class weren't feeling the vitality and directness that I sensed as I read and studied...in its original Greek. Writing straight from the original text, I began to attempt to bring into English the rhythms and idioms of the original language. I knew that the early readers...were captured and engaged by these writings and I wanted my congregation to be impacted in the same way..."

-- In Peterson's view the psalms sound too smooth and polished in English translation. Although they are grammatically accurate, they often don't communicate the real rhythms or "voice" of the original text as prayers. So he sought to bring out the rough and earthy voice he saw in the psalmist's prayers into "American."

-- ...he [Peterson] "paraphrased" the original by selecting language that communicates the style and flavor of the original in Bible times, rather than trying to achieve word-for-word correspondence.

-- Eugene's intent was to recapture the tone, to bring out the subtleties and nuances of the Hebrew and Greek languages while keeping a sense of firsthand experience for contemporary readers. He often asked himself, "If Paul were the pastor of my church, how would he say this?" or "If Jesus were here teaching, what would it sound like?"

It seems that Peterson is on the track of Dynamic Equivalence, but the result is quite different from that of Nida's attempt, as this version has received endorsements from well-known Christian scholars (i suppose this means the translated text is accurate in terms of doctrines). According to the web site, it has reached 10,000,000 readers and keeps growing. It has been spreading throughout the world: recently it is published alongside with Chinese Union Version in Hong Kong.

So, what are the factors here making it a popular translation?

Here is an example from another web site:

"Everything of God gets expressed in him, so you can see and hear him clearly. You don't need a telescope, a microscope, or a horoscope to realize the fullness of Christ, and the emptiness of the universe without him. When you come to him, that fullness comes together for you, too. His power extends over everything."

New International Version (one of the most popular versions nowadays):

"For in Christ all the fullness of the Deity lives in bodily form, and you have been given fullness in Christ, who is the head over every power and authority."

"For in him dwelleth all the fulness of the Godhead bodily. And ye are complete in him, which is the head of all principality and power:"

As we can see, the words "telescope, microscope, horoscope" are not, and wouldn't have been, in the original text. 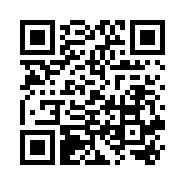